Vienna's new Main Station opened in October 2014. In the near future, 1100 trains a day will use the imposing transport facility, which includes a large shopping center.

Starting in December 2014, the first Trans-european trains from the south, north and east will serve the station.

For Vienna's Main Station, a TETRA and GSM-R radio solution had to guarantee service both in the station and on the tracks.

In the station area, the radio system had to ensure TETRA coverage in support of all operations. On the tracks, it had to ensure handovers and increase and guarantee the capacity of the GSM-R system.

To allow operations in the new facility, COMLAB planned and installed the repeater system and the coupling network that interconnects three different services.

The modular structure of the tunnel radio system enables independent maintenance and operation of each of the different radio services. 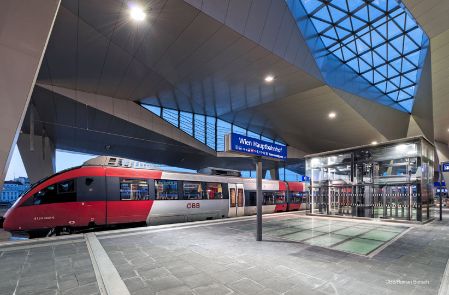